On a Just War

We often hear the phrase “just war” used in connection with, well, any war, including the war on terror in which we are currently engaged. Some may be aware of the theological implications of the words, “just war,” but many, I suspect, are not.

Perhaps we should take a few moments to look at how war has been justified in Christian theology for centuries, and how a war can be considered “just.” First, what do we mean by the use of the adjective, just?

So, we see that we mean to ask if a war can be justified as moral.

St Augustine of HippoAugustine wrote (Summa Theologica) his understanding of how war can be, or is, justified despite the Christian principles of peace and submission (“turn the other cheek…”). In this, he addressed two areas, what causes a war (Jus in bello) and how one conducts a war (Jus ad bellum).

Augustine wrote that, to be just, a belligerent must satisfy each of these elements:

War must be engaged by legitimate temporal authority, or government. War cannot be started and conducted by individuals who have no legitimate claim to govern.

The reason for going to war must be to avenge and right wrongs that have been committed against the state by others who have, by their aggression, committed evil (and, Augustine did use the phrase “evil-doers”).

The war must be waged only to correct the evil that precipitated it. Prosecution of war after the evils have been overcome removes the moral justification for the war.

The temporal authority (government) that engages in warfare must do so if it can succeed. There need not be a guarantee of success, just the probability of success. To go to war otherwise invites destruction for no purpose; the destruction of the government and its subjects.

Non-combatants (civilians) can never be the targets of any combat action.

The harm the just belligerent visits upon the aggressor cannot be greater than that suffered by the victim of the aggressor’s actions that caused, or resulted in, the war.

Combat actions must be undertaken only for legitimate military purposes, such as the reduction or elimination of enemy armed forces. Terrorism or destruction of cities with no military target are not justified.

Luther on War and Soldiering

I am a known Lutheran, so let’s consider Martin Luther’s teachings on war, briefly. Luther believed that we live in two kingdoms, temporal and spiritual. While Christ is the King of Heaven, God constitutes and commissions government (or, in his day, Princes) to ensure the safety and good governance of the secular kingdom. Although Princes act in God’s stead, they are human and, therefore, “fallen” creatures. 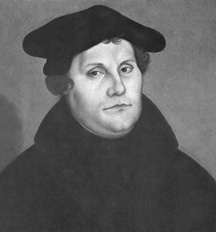 Martin LutherLuther believed that humans must do their best to follow the Ten Commandments, including the prohibition against killing. But, he saw this as applying to oneself: you shall not, on your own and for our own purposes, kill another human. He also saw that humans are, or can be, the instruments of both God and the Prince. Therefore, it is not, Luther said, wrong for one to defend others and their property against evil-doers, even if they must kill in order to protect their neighbor. Likewise, a soldier may not kill of his own accord, but he is the servant of his Prince and his Prince’s officers.

Conflict Between Secular and Spiritual Law

However, the soldier is not compelled to obey his Prince if ordered to do acts contrary to God’s commandments or if following the Prince prevents the soldier from “doing what God commands.”

“…if a prince desired to go to war, and his cause was clearly unrighteous; we should neither follow nor help such a prince, because God had commanded us not to kill our neighbor or do him a wrong. Likewise, if the prince were to order us to bear false witness, steal, lie or deceive, and the like, [we should refuse]. In such cases we should indeed give up our property and honor, our life and limb, so that God’s commandments remain.”

If the soldier cannot determine whether his Prince wages a just war, the soldier is obligated to fulfill his temporal duty to follow the orders of the Prince. By so doing, even if the Prince commits evil, the soldier does not imperil his own soul.

Elsewhere, Martin Luther defines a just war as did Augustine. He did declare that no one, not even Princes, should ever rise up against their temporal superior, for that is revolution.

“It is better to suffer wrong from one tyrant, that is, from a ruler, than from unnumbered tyrants, that is from the mob.”

Luther, finally, believed that no aggressive war is just. Thus, no Prince or nation that begins a war by any means or for any reason is morally justified. He also rejected the notion that war begun and fought for religious reasons is morally acceptable. War is the last resort, to be used after another Prince strikes and threatens the physical, temporal well-being of those he attacks. 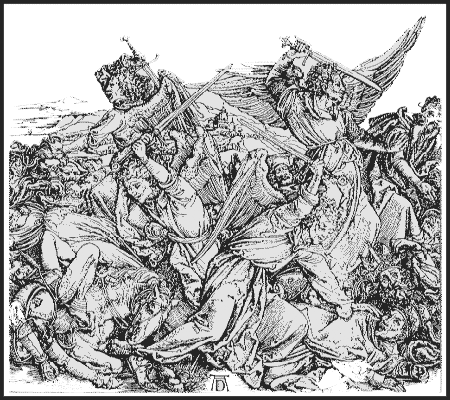 Modern war is hard to justify as “just.” The Jus ad bellum principle of Distinction was violated in the Second World War by, for example, the:

There are moral reasons to evaluate any war or war aims, especially before engaging in a war. I thnk neither Augustine nor Luther sought a pretext to “permit” war. I think they looked into scripture to find the answer to the paradox, but both knew how flawed humans, and leaders, are. If all European states were led by believing Christians, then there would be no more war in Europe, since only self-defense could justify war. Europeans would fight the Turk army because it invaded Europe, not because of a so-called “Holy War.”

I must note here that I don’t castigate non-Christians or non-Christian leaders. I’ve written about a Christian doctrine and the rationale that underpinned it at the time and in the context of Augustine and Martin Luther.

No thoughts on “On a Just War”